Welcome to the Eye Center 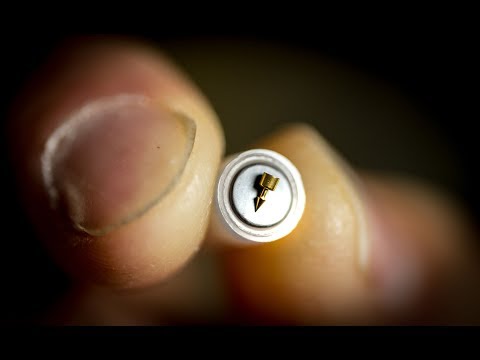 Well, we’re teaching the enlisted medics, because they go outside the wire, teaching them, lotta great questions. Right before the break, somebody said, “Hey doc, sometimes somebody gets shot. “If they’re starting to bleed out. “Well, I’ve lost that guy, but now somebody has to go “put a tourniquet on him. After about a minute or two, “they hurt so badly, “somebody had to give that guy narcotics, “and then you gotta watch him, make sure he’s breathing. “And then they put two on, “the senior enlisted guy there, of course.

“After about a minute, he’s like, “I can barely move my hands. This is killing me. So I grabbed two, and I said, “Okay, you’ve learned this. “Come up here, and do it, right in front of us.” So we put the tourniquets on, true story. We then had, “You put this one in. You put the next needle in. “How do you feel?” “That’s different. Wow.” He’s starting to move his hands. Said, “Okay, next needle, next needle.” About 10 seconds apart. Oh, then he starts laughing, and says, “Gimme a gun. I think I could fire a gun.” So unfortunately, that particular group we taught, was supposed to be 25, but it was only 23, ’cause two of them had been killed the previous week in a firefight, so it was really, truly somebody that’s, outside the wire, and doing a mission, and they really need this kind of training, that they can take out there.

What we call acupuncture, dates about three, four thousand years, to traditional Chinese medical practice. So with acupuncture, we know that we may dial in, using the ear, as one of several sorts of mini systems, or microsystems. Ear, or scalp or hands. And we know that we can not only affect local, but we can affect their general sense of well being. So acupuncture allows us to more than just treat, put a band-aid on it, or give them a pill. It allows us to reach into the entire person. – Money was dedicated to take battlefield acupuncture, and propagate it throughout the Department of Defense healthcare providers, and the VA. So we taught nearly 3,000 healthcare givers, across the DOD and VA, and close to 160 instructors, on how to do battlefield acupuncture, and how to teach acupuncture.

– This is a strip of eight of them. Clearly, you can carry enough treatments for five, 10, 15 people, just in your pockets, or in your BDUs or ACU pockets. Easy to pop out, and when you do, you just pop ’em out like that, and that’s the applicator for one needle. – [Jesse] Tech Sargent Jesse Sosa, part of the 89th maintenance group, I’m the flying crew chief on the C-32 and the C-40.

Flying the Vice President, the First Lady, and any diplomat that needs to go overseas. When we carry high profile DVs as the Vice President, he brings a lot of pelican cases, which was one of the issues that strained my back. For the first time I got better from acupuncture, it was different, I wasn’t expecting a lot out of it, ’cause I’ve tried everything.

But I was open-minded. When the doc started to put needles in my ears, it was a tingling sensation. But after a couple of days, I felt like; I was a new man. – So these are very simple to use, so if I have somebody that has migraine headaches, or recurring problems, if they’re active duty, and they have headaches, and they have to pull guard duty, and I’m at a bare-bones base, and I’ve only got three people to share the guard duty, and suddenly Sam has got a severe headache today.

And this guy just got off, and he’s supposed to work tomorrow, oh I’m strapped. If I give this guy narcotics, he can’t work, he can’t use his gun, he can’t use his weapon. But, if the doc can put ear needles in him, and he feels like, “Ah, I feel great, I can go to work. “I’m not drowsy.” Then that’s a huge force multiplier.

Theme by Anders Norén — Up ↑